Our school and HCI faculty at IUB constantly keeps engaging us with industry in various forms. Erik Stolterman, Marty Siegel, Shaowen Bardzell, Jeff Bardzell, Eli Blevis keep updating about various industry developments related to HCI as well as some possible job/internship opportunities. As a part of these efforts Marty and Erik recently arranged for two talks. One was from Google and other from Adobe. Wow that sounds exciting. The individual representing Google was David Krane and the one representing Adobe was Brian Dils ( a former IU HCI/D student). Some of the key learnings from Google talk was how Google takes quick decisions in a matter of minutes, David was not asked too many user experience related questions as he is not a interaction designer at Google. However Adobe talk was characterized by UX related questions and Brian gave us some important insights in order to be a better designer. Some of the key points were:
Inspired by talk by Brian. I decided to Attend the two day Flex and Fusion conference sponsored by Adobe at our campus in Bloomington. It was interesting conference, I attended beginner level workshop's for Cold fusion and Flash catalyst. Thanks Adobe for the sponsorship. It was exciting to learn new things. Will continue to hone these skills.
Posted by Varun Khanduja at 8:58 PM No comments:

One of the other things which I am presently struggling with is Wizard of Oz prototyping. I am supposed to use this for the project I am doing at my work. I have read research concerning the prototype. Please have a look at the SUEDE video , SUEDE is one of the tools I found while researching for existing wizard of oz tools. However I am concerned about the part of the prototype wherein I am not supposed to be directly interacting and have to give the feeling to the user that he/she is in charge of the system. The technical parts are also somewhat a problem, I am trying to overcome it using some simple scripts using HTML. I was also thinking of using the existing chat system( suggested by my friend Moe) like YM, Gtalk, Skype or etherpad for making the system interactive. Lets see how it works. I am sure I can find a solution.:)
Posted by Varun Khanduja at 6:31 AM No comments:

The other thing which was done in the prototyping sessions by Dr Bardzell in these weeks. This one involved prototyping using foam core and cutting boards. Our team decided to make the prototype of Hand easy concept. Two features of the interface we decided to work upon one being the map and other being the book part of the interface. The images are self explanatory of the enjoyment I got out of cutting the foam boards to make it of the dimensions of our interface. Please look at the process and efforts of our class during the 1 hour 15 min session. 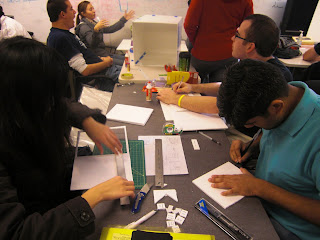 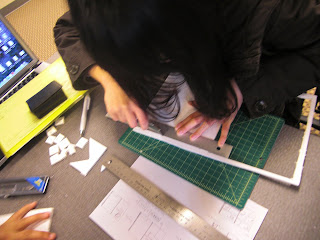 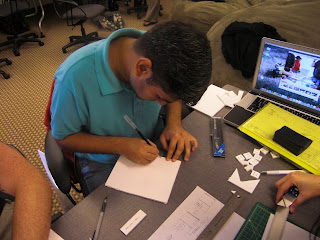 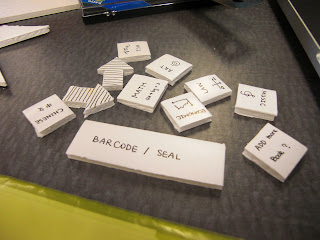 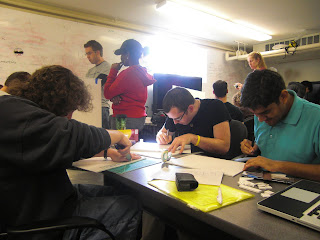 Posted by Varun Khanduja at 6:15 AM No comments: 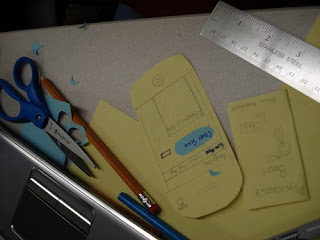 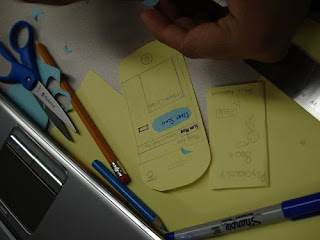 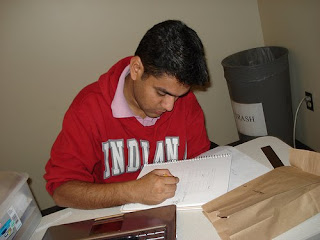 I am sure people missed the last week's blog. :) So over the past two weeks we had been working on various form of prototyping. The first one we worked on was rapid prototyping. Prof Bardzell asked us to make prototypes during her class in 30 min using common office supplies. It was exciting to see that despite not having played with such office items for such purpose how much I wanted to continue to work after the class as well. One of the observation was how the entire process of product development is unfolding. In these 30 min I started with sketching of the concept, which was Hand easy concept( one from Xiying). Then I started to put myself in the shoes of the end user and started classifying information according to users perception and then in last 20 minutes of the work started doing the prototyping work. It was pleasure to get my hands on the scissors and make these cute looking buttons and other fun work which was done during those 30 minutes. 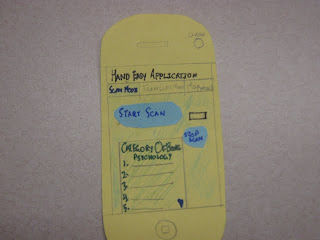 Posted by Varun Khanduja at 6:05 AM No comments: 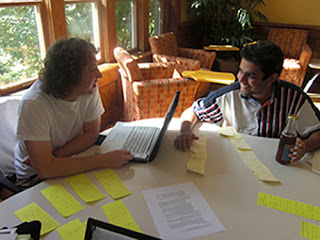 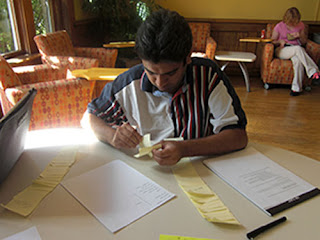 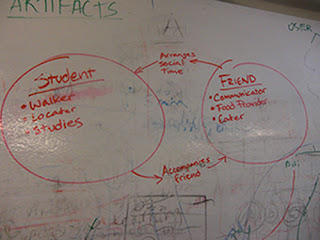 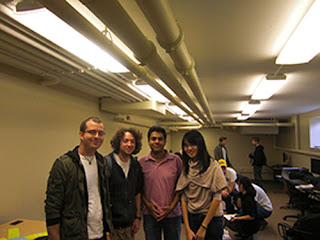 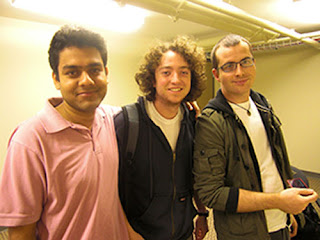 Posted by Varun Khanduja at 7:09 PM No comments: 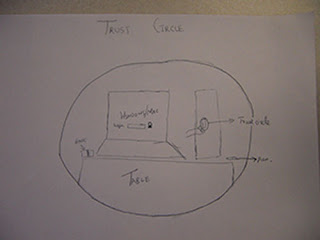 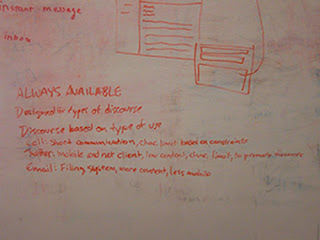 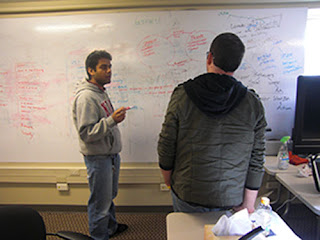 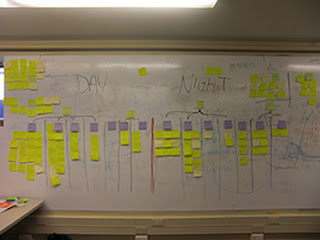 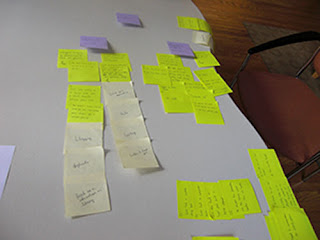 Posted by Varun Khanduja at 7:01 PM No comments:

The video by Tim brown talks about the importance of HCI in the present world. Really liked how Tim brown explains the role played by HCI and design thinking in effectively reducing the cost of a technology costing very much in Western world.
Posted by Varun Khanduja at 7:45 PM No comments:

This post may not look like the first post but essentially I thought of starting my work and not delay my entry to the world of blogging any further. Firstly I have to say I love my team. My team for HCI methods taught by Dr Shaowen Bardzell constitutes Xiying, Robert and Matt. Today was a rather odd day in our team. Our meeting started at around noon time and we thought our team which has been so wonderful so far would wind up and emerge with another A ( I know marty says grades are not important but still A is A :)). However we struggled as a group for the first time. Sometimes we look at the data and say it was the data which was too obscure and broad for us. Essentially the classification is becoming a problem for the group. We are getting too deep in psychology to understand what the user is doing with regard to our contextual enquiry and ethnographic observation. I will post a blog about both the ethnographic and contextual enquiry later but essentially we have to see how to use this affinity diagram to narrow the scope of our work. The team was very excited this week to have a good grade for the focus group but affinity diagram is testing the patience of our group. Well there is a meeting tomorrow at 9 in the morning. Lets see if we get something meaningful out of this work. In the mean time please read Marty's blog if possible. I will upload some pictures would be uploaded tomorrow and more details about the project and some previous work which followed this project will continue.
Posted by Varun Khanduja at 5:11 PM No comments: